Towards the evidence-led transformation of the homelessness sector 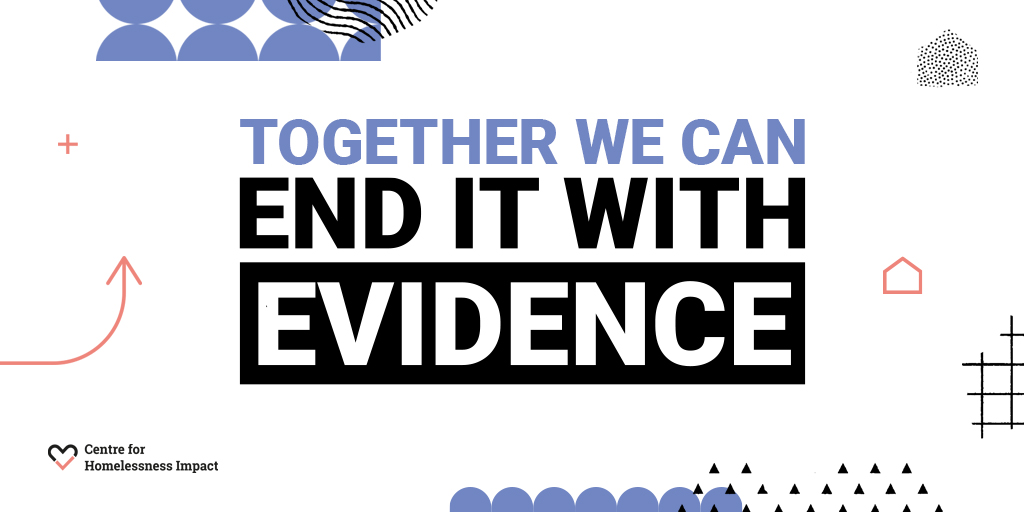 For anyone dedicated to ending homelessness these are exhilarating and scary times. Exhilarating because of the unprecedented flow of energy and creativity from all parts of the country and the world; scary because homelessness levels are rising in many areas, the far-reaching and long-term impacts of the COVID-19 pandemic, and services in local areas are caught between declining revenues and growing demands. Many of our systems seem stuck, struggling to adapt to changing needs, technologies and public attitudes. And though there is a lot to be proud of, we know there’s a lot to do in the homelessness sector to address homelessness effectively. Too often we have failed to acknowledge the limits of our understanding and to learn from our mistakes.There’s a lot at stake.

That’s why today we are launching the End It With Evidence campaign. Because, at this time of great change, we need experimentation and evidence-led innovation – and the courage to test strongly-held assumptions. We are thrilled to be launching the campaign with the support of a group of brilliant founding ambassadors. Though they come from a range of backgrounds, they are united by a strong commitment to person-led and evidence-led change in homelessness.

The campaign is founded on the three following principles, which call upon those working in homelessness to:

We know the evidence-led transformation of the field won’t be easy. But we believe that with humility, determination and better methods we can begin to change the system, following in the footsteps of other evidence-led fields like medicine or international development.

We knew early on in our journey to set up the Centre for Homelessness Impact that a major challenge would be to show that generating evidence of ‘what works’ in homelessness – through the use of rigorous randomised controlled trials and systematic reviews – was not only possible, but that it would be welcomed by practitioners and policy-makers alike. With several systematic reviews and trials delivered or underway since then, we feel confident in saying the approach is slowly but surely being embraced across the field.

End it with Evidence builds on our early work, which not only helped map the global evidence available in the field, but also helped to confirm that now is the right time for a What Works movement in homelessness.

Acknowledging the limits of our knowledge – what will work, when, and for who – opens the door to a powerful and pragmatic approach to dramatically increase the impact of our efforts. This is what the ‘What Works’ movement is about. It is about using evidence and reason to figure out how to do the most good and take action on that basis. It means systematically figuring out what works and what doesn’t, allowing us to reject the dangerous half-truths that can pass for wisdom.

Despite the many painful consequences of the ongoing homelessness  crisis we are optimistic that better use of data and evidence, and the application of tools to stimulate creativity and improve capacity, hold the key to ending homelessness for good. Homelessness is complex, and creates innumerable challenges for the people it affects every day. However, steps towards positive change don’t have to be daunting for anyone working in the field. By signing the End it with Evidence pledge, we can take those steps together.