Back to all updates
community updates

At-a-glance evidence of what works to end homelessness 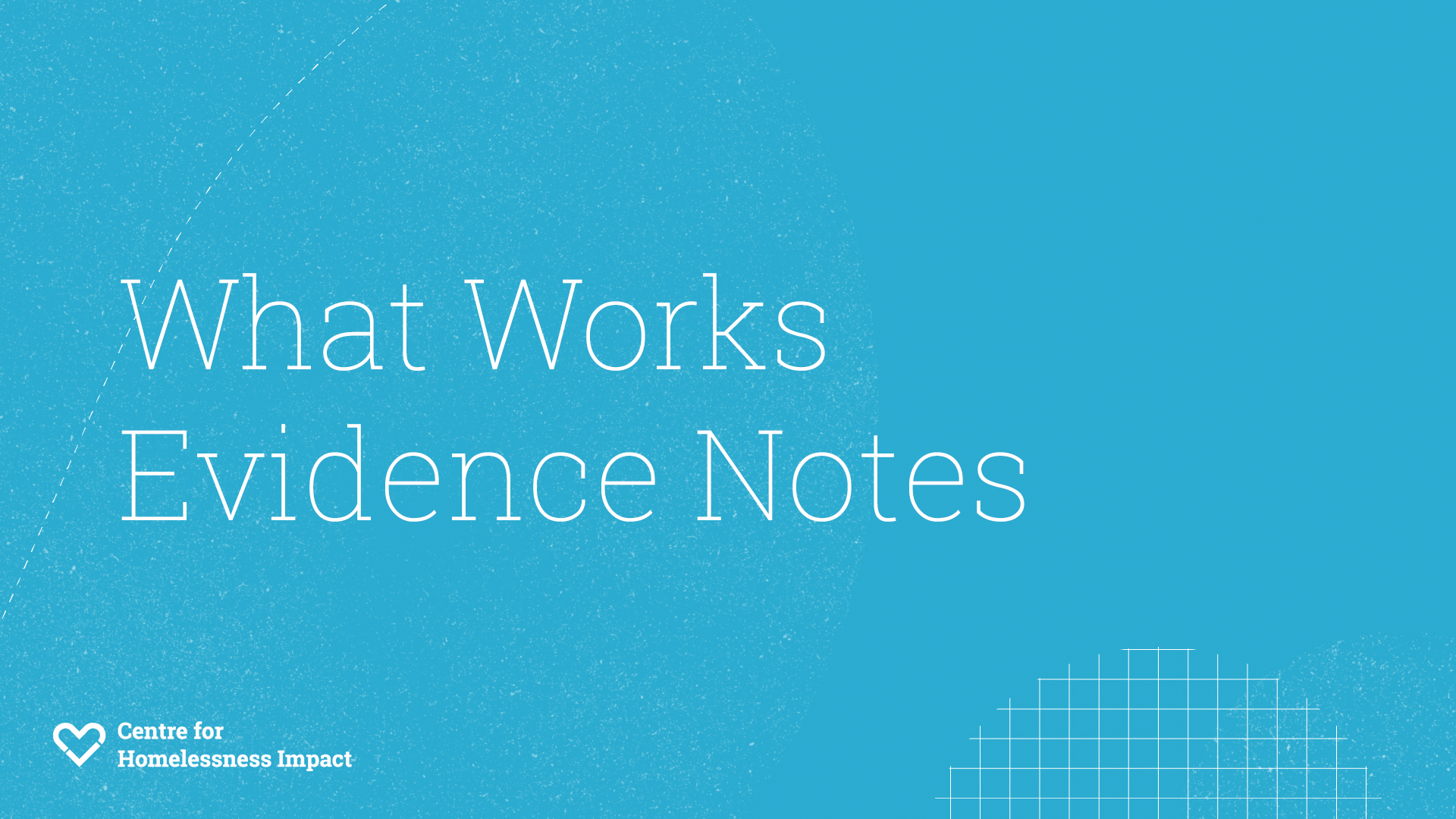 Summaries of existing research into how to relieve and prevent homelessness are to be published in a series of short papers by the Centre for Homelessness Impact.

The Centre’s evidence and data team has synthesised findings from research studies and reviews by experts in homelessness from across the world.

The results have been summarised in eight ‘evidence notes’ which will be published over the coming weeks. Each will be followed by an online ‘drop-in’ session in which the Centre team will be available to answer questions about the research base in each area. More topics will be added to the series over time.

The evidence notes are deliberately concise and aimed at busy decision-makers, such as people in senior and front-line roles in local authority housing teams, who are interested in having access to research into aspects of homelessness at their fingertips.
‍

The evidence notes will cover:

The Centre for Homelessness Impact is an independent organisation that is part of the What Works Network, whose members support more effective decision-making and practice by working with governments and public sector organisations to improve the use of high quality evidence and data.

Dr Lígia Teixeira, chief executive of the Centre, said: ‘We want to accelerate an end to homelessness by making research evidence and data accessible to people making policy and designing and delivering programmes in homelessness.

‘Our series of evidence notes will put high quality research evidence into the hands of busy professionals in an easily digestible way so that the important work they do can be informed by evidence of what works from around the world.’

The publication of the evidence notes will act as a count-down to the Centre’s next Homelessness Impact Forum, which will be a one-day event held at the University of Strathclyde in Glasgow on Thursday, January 27. People will be able to attend in person and online. Details of the programme will be announced shortly.